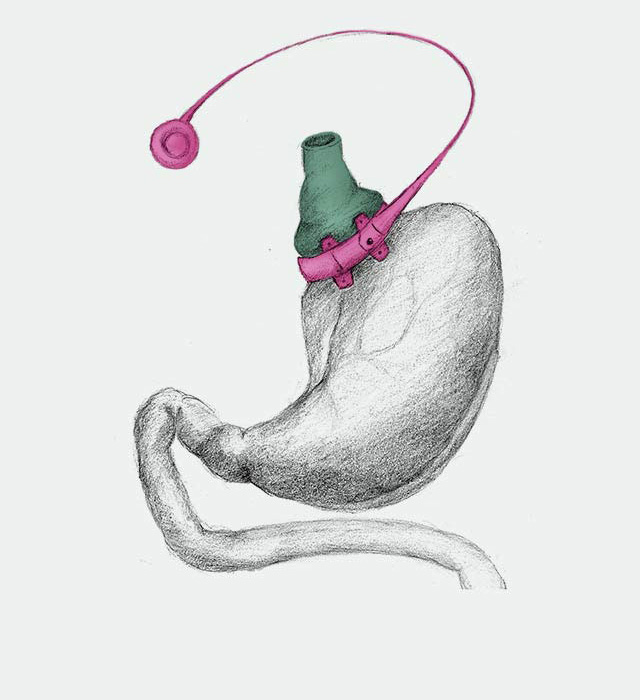 Since many years gastric banding is an important surgical procedure in the repertoire of bariatric departments.

Although various bariatric departments currently shifted their focus to the gastric bypass and the gastric sleeve, gastric banding has specific advantages that should be taken into account.

It is a safe and relatively simple procedure, which is well documented over longer periods of time.

Next to that gastric banding is completely reversible, leaving the anatomy intact and keeping options open to perform other kinds of bariatric surgery later. 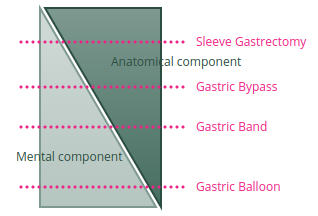 Since gastric banding requires more dietary discipline than gastric bypass and sleeve gastrectomy (see fig. 1), it is clearly not a surgical option suitable for every patient.

Sweet eaters and patients with disorganised lives will find it hard to achieve their goals through gastric banding, but those who do qualify for the procedure will find a good chance of resolving their morbid obesity and its associated co-morbidities without running the risk of severe complications as associated with gastric bypass and sleeve gastrectomy.

Various long term studies like the one by O’Brien (1) have shown an average success rate of more than 50% for gastric banding, but it must be noted that the post-operative follow-up program has proven to be of paramount importance in achieving such good results by Steffen (2).

These findings are also e.g. supported by the 12 year experience of Favretti (3), confirming a very low complication rate.

Fig. 2: Direct fixation of the gastric band on to the stomach 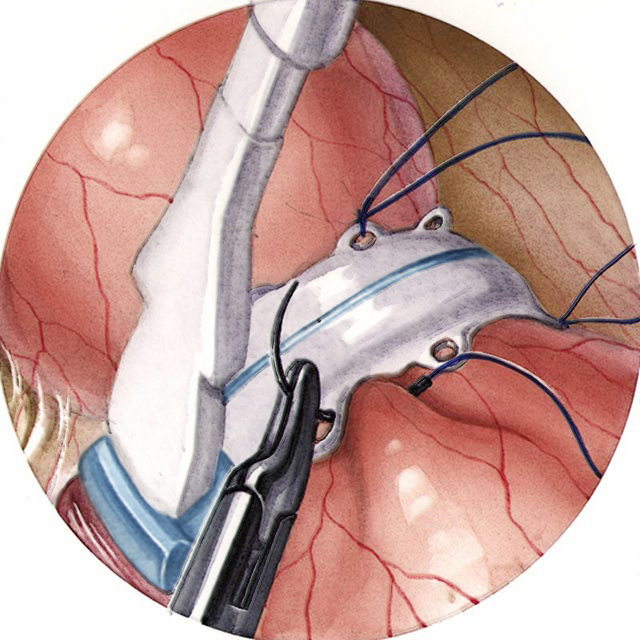 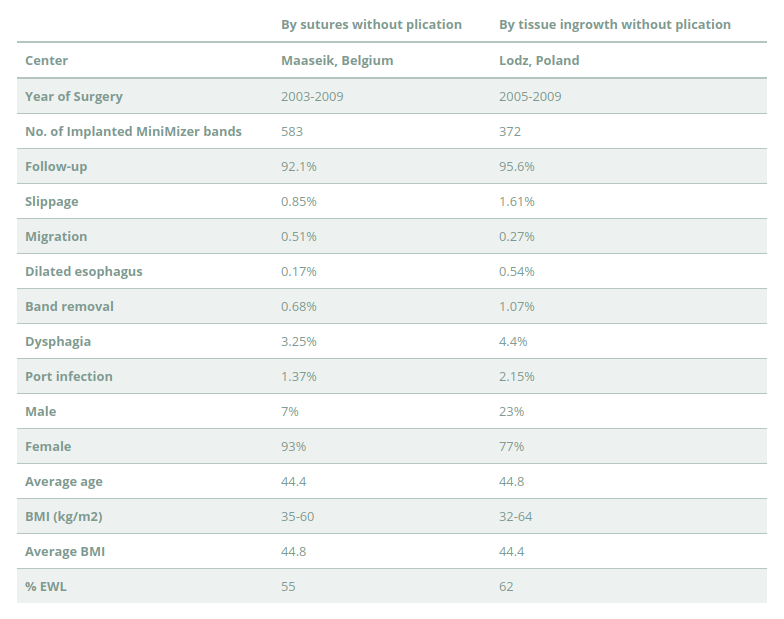 One of the most common complications with gastric banding is band slippage, which is virtually reduced to 0% using direct fixation of the gastric band on to the stomach wall, avoiding the gastro- gastric plication (see fig. 2).

Bariatric Solutions has specifically developed the MiniMizer Adjustable Gastric Band, the only gastric band which can be used in gastric banding without having to make a gastro-gastric plication. 10 Fixation loops allow for direct fixation with sutures or indirect fixation, based on tissue ingrowth. Collet already described the superior effect of the loops in reducing the complication rate of band slippage in 2005 without increasing the erosion/migration rate.

These finding are supported by 7 and 5 year follow up series by Claessens and Szewczyk (4), with limited complication rates and EWL’s between 55-60% (see fig. 3).

Gastric banding is a viable and successful option to start bariatric surgery with, as long as proper patient selection and follow up programs are in place. 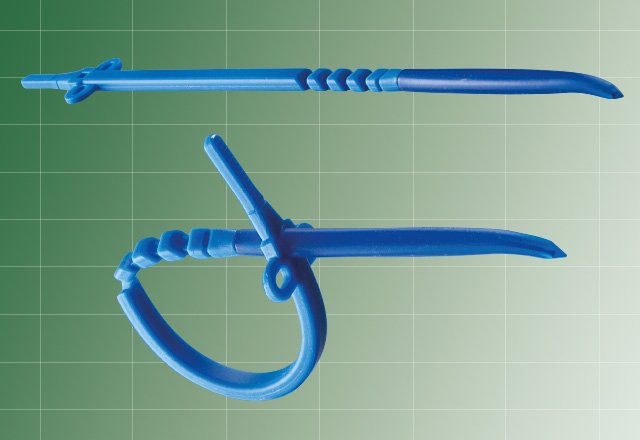 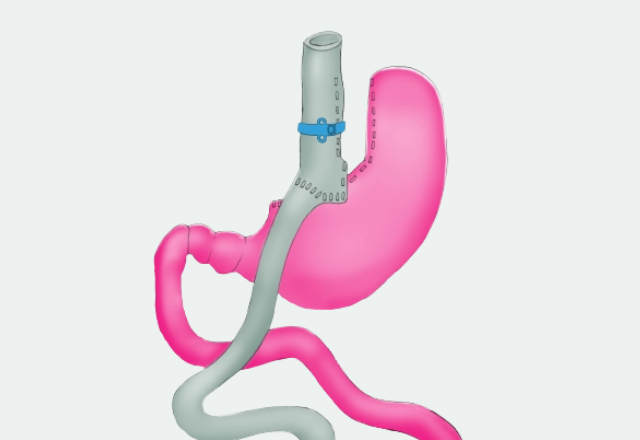 Banded Gastric Bypass publications and video footage by various surgeons are available on this page. Continuous updates on new studies are available. more 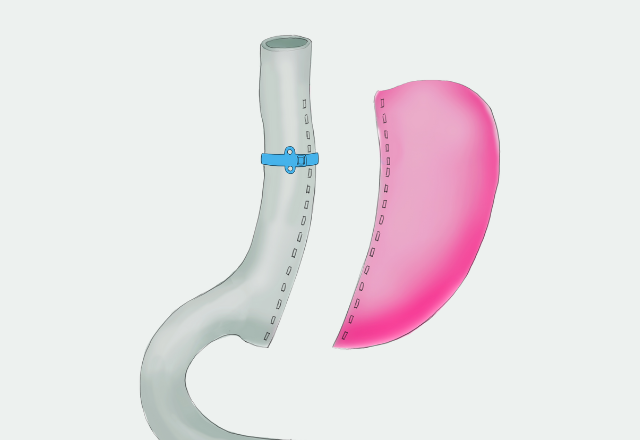 Banded Sleeve Gastrectomy publications and video’s by various surgeons are available on this page. Continuous updates on new studies are available. more